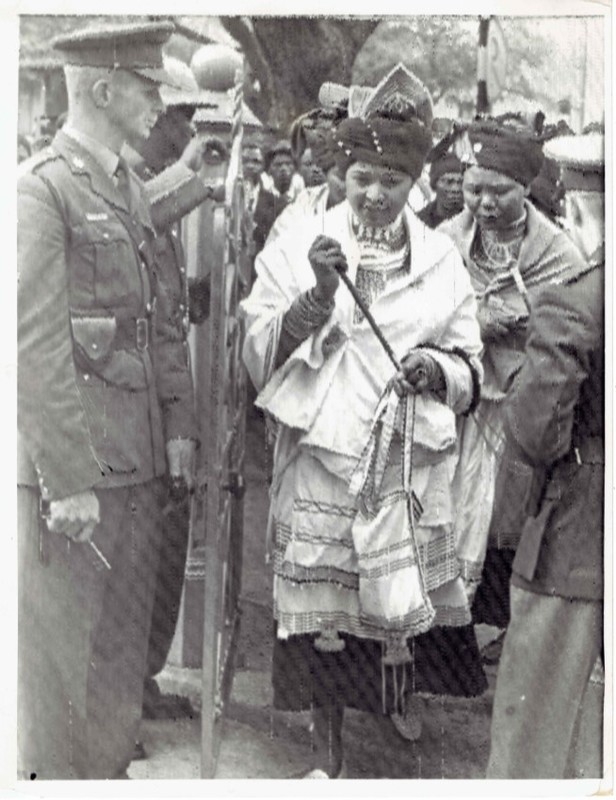 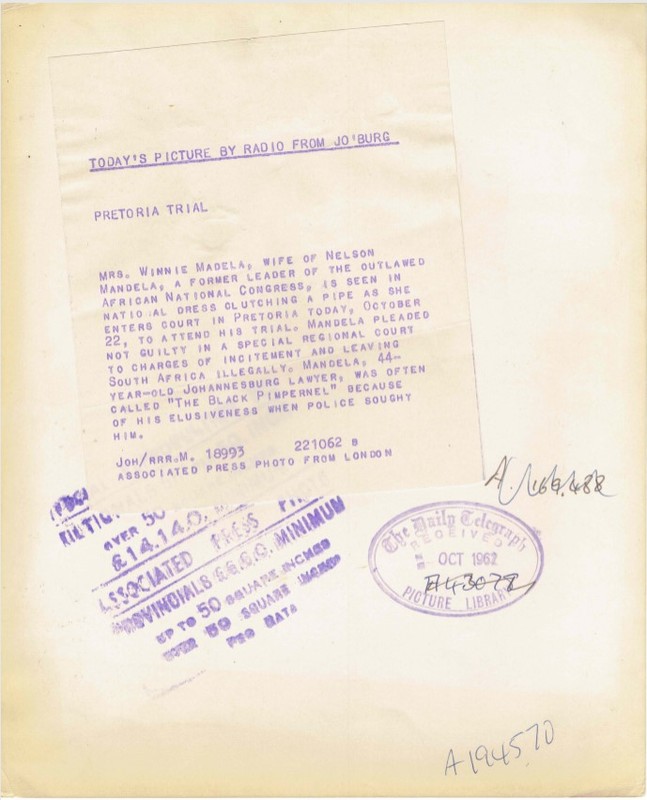 This photo shows Winnie Mandela entering the trial of her husband and leader of the African National Congress, Nelson Mandela, on October 22, 1962. Winnie Mandela is wearing traditional Xhosa dress as a sign of protest and resistance to apartheid and in support of her husband. She wears a traditional Xhosa iqhiya headdress, beaded ithumbu necklaces, and carries an inqawe pipe. Two women also in traditional Xhosa dress walk behind her and a crowd of Black South Africans stands in the background, just outside the gate the women are entering. Uniformed and armed white South African Police Officers flank Winnie Mandela as she enters and the officer standing in profile has his hand on the handle of a weapon.

The back has a caption pasted on to provide context for photo. It reads "Today's picture by radio from Jo'Burg" followed by "Pretoria Trial", "Mrs. Winnie Madela [sic], wife of Nelson Mandela, a former leader of the outlawed African National Congress, is seen in national dress clutching a pipe as she enters court in Pretoria today, October 22, to attend his trial. Mandela pleaded not guilty in a special regional court to charges of incitement and leaving South Africa illegally. Mandela, 44-year-old Johannesburg lawyer, was often called "The Black Pimpernel" because of his elusiveness when police sought him". Below, it reads "Joh/RRR.M 18993 221062 s Associated Press Photo From London". A an oval stamp below the caption reads "The Daily Telegraph Received 22 OCT 1962 Picture Library". Underneath the pasted on caption is an illegible Associated Press stamp.