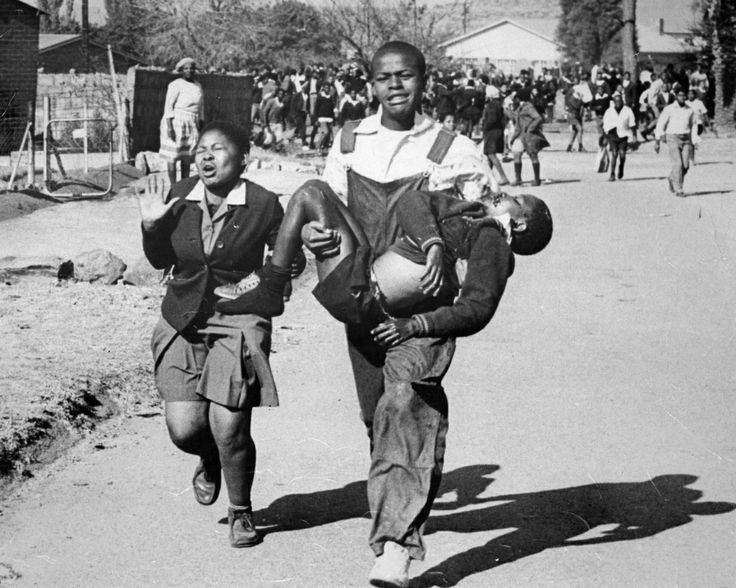 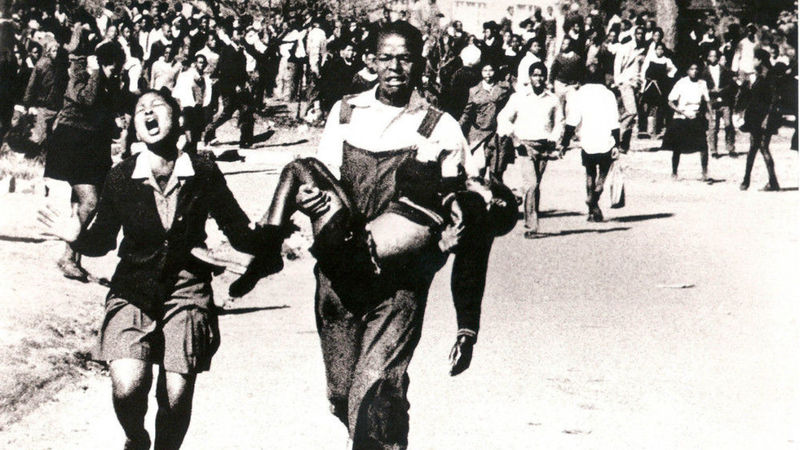 Photojournalist Sam Nzima photographed Mbuyisa Makhubo carrying the mortally wounded twelve-year-old Hector Pieterson while Antoinette Sithole, Pieterson's sister, runs alongside during the June 16, 1976 Soweto Uprising. Nzima was a photographer for the Johannesburg based Black newspaper, The World.
Pieterson, Makhubo, and Sithole were students who participated in the non-violent Soweto Uprising, a peaceful movement of students who marched in protest against forced Afrikaans instruction. The South African Police opened fire on the unarmed children and Pieterson is believed to be the first child killed when the violence broke out.

This photo became an icon of the Soweto Uprising and drew the world’s attention to the violence Black South Africans endured under apartheid when it was published in The World. After Nzima’s photos of the police brutality during the Soweto Uprising were published he received so many threats to his life that he had to flee Johannesburg.